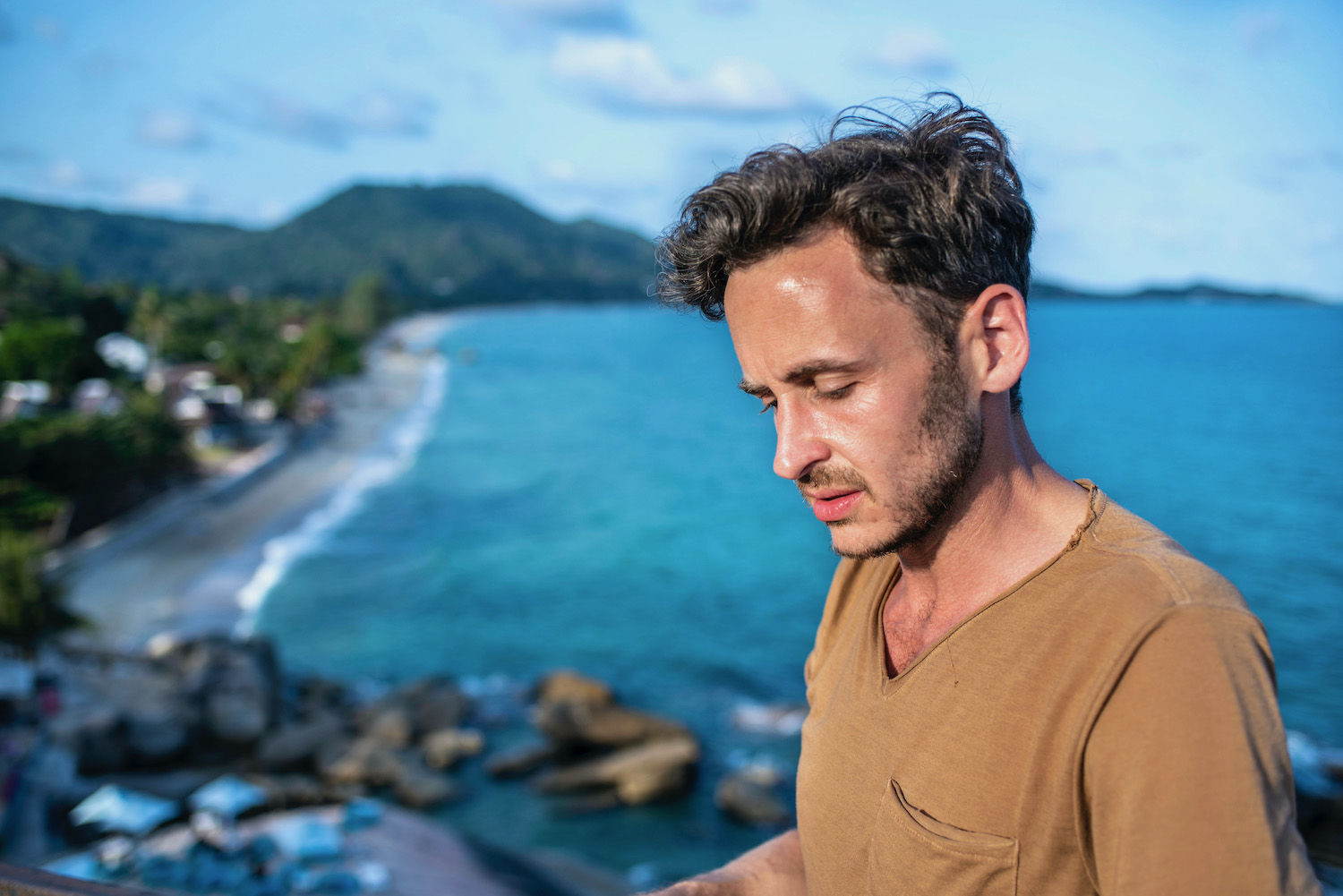 I can tell you from personal experience that finding the right Thai language school is essential. The one I studied at had its pluses, but also a significant number of minuses!

Of course, you don’t need to be in Thailand or even enrolled in formal classes to study Thai language, although both of these things (especially the immersion aspect) make it a lot easier. I’ll talk about other options for learning Thai in just a moment.

While speaking English in Thailand is relatively easy, especially if you plan to spend two weeks or even less in the Kingdom, learning Thai brings with it many advantages. Continue reading to find out what I mean!

Why You Should Learn Thai in Thailand

I’ll be honest: I first enrolled at a Thai language school not so much to study phaasaa Thai, but in order to reside legally in Thailand during the first several months I lived in the Kingdom. Being able to speak the language was an attractive prospect, but I saw it more as an additional benefit than a necessity. After all, I’d gotten by in Thailand speaking only English up to that point.

However, the question you should be asking is not “can Thai people speak English?” (they can, at least in many cases), but rather how much easier your life will be if you learn Thai. From enjoying fairer prices at tourist attractions, to being able to strike up conversations with the kind people who serve street food, having some Thai skills (and going to Thai language classes Bangkok) improved my life in Thailand—I can’t imagine it being any different for you. 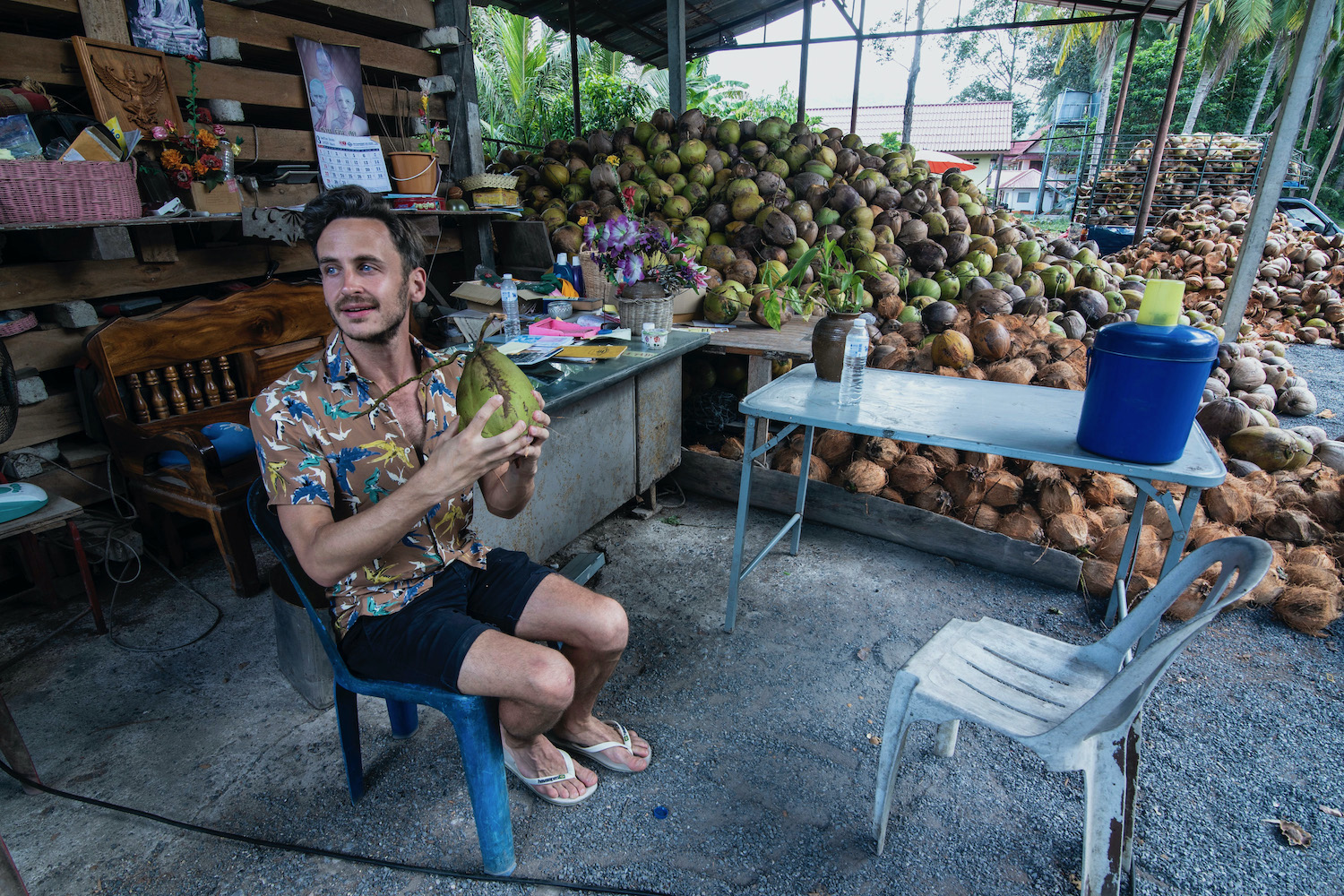 FAQs About Learning Thai in Thailand

Is Thai an easy language?

Is Thai easy? Well, it depends what you consider “easy” and what your frame of reference is! I studied Thai after having learned Mandarin years earlier; I happen to think Thai is a lot easier. This is both because of more relaxed rules in spoken Thai, as well as the Thai alphabet being less complicated and comprehensive than the rabbit hole of Chinese characters.

How long does it take to learn Thai language?

Your Thai language school (Bangkok or somewhere else) will probably have its own idea about this answer, but I’d say that if you live in Thailand and practice every day, you can become functionally fluent in 1-2 years. Notice I said “functionally”—you’re not going to be writing (or reading) novels, or giving interviews in the media. But you will be able to get by, more or less without English, which is the entire point.

Where can I learn Thai language?

I generally recommend people study Thai language in Thailand, if they can, but you can of course do it remotely. A bevy of applications exist, to say nothing of relatively old school solutions like the Rosetta Stone software. In terms of where in Thailand to study, it doesn’t matter. Though locals speak different dialects throughout the Kingdom, you’ll always be taught standard Thai.

Where is the best place to learn Thai?

For a specific answer to this question, I’d advise you to scroll down a few paragraphs, where I give some best Thai language school recommendations throughout Thailand. More generally, I would say the important thing is to choose a school close to where you live, and whose class schedule won’t completely dominate your life. The more natural your experience of learning Thai is, the more beneficial it will be!

How does the Thai alphabet work?

I recently read an article that explain how the Thai script wasn’t technically an alphabet. I don’t remember how it’s officially characterized—and I don’t really care. Like English and most other languages, Thai has vowels and consonants, albeit with more quantity and complexity than any Western language. Once you get used to the strange shape and… redundancy of the Thai alphabet, it’s relatively easy in my opinion.

Whether you study Thai in Thailand or in a remote part of the country, these are some popular language schools throughout the Kingdom:

Need personalized advice on finding Thai language schools, or one-on-one assistance throughout the process of getting an ED visa? Click here to learn how I can help! 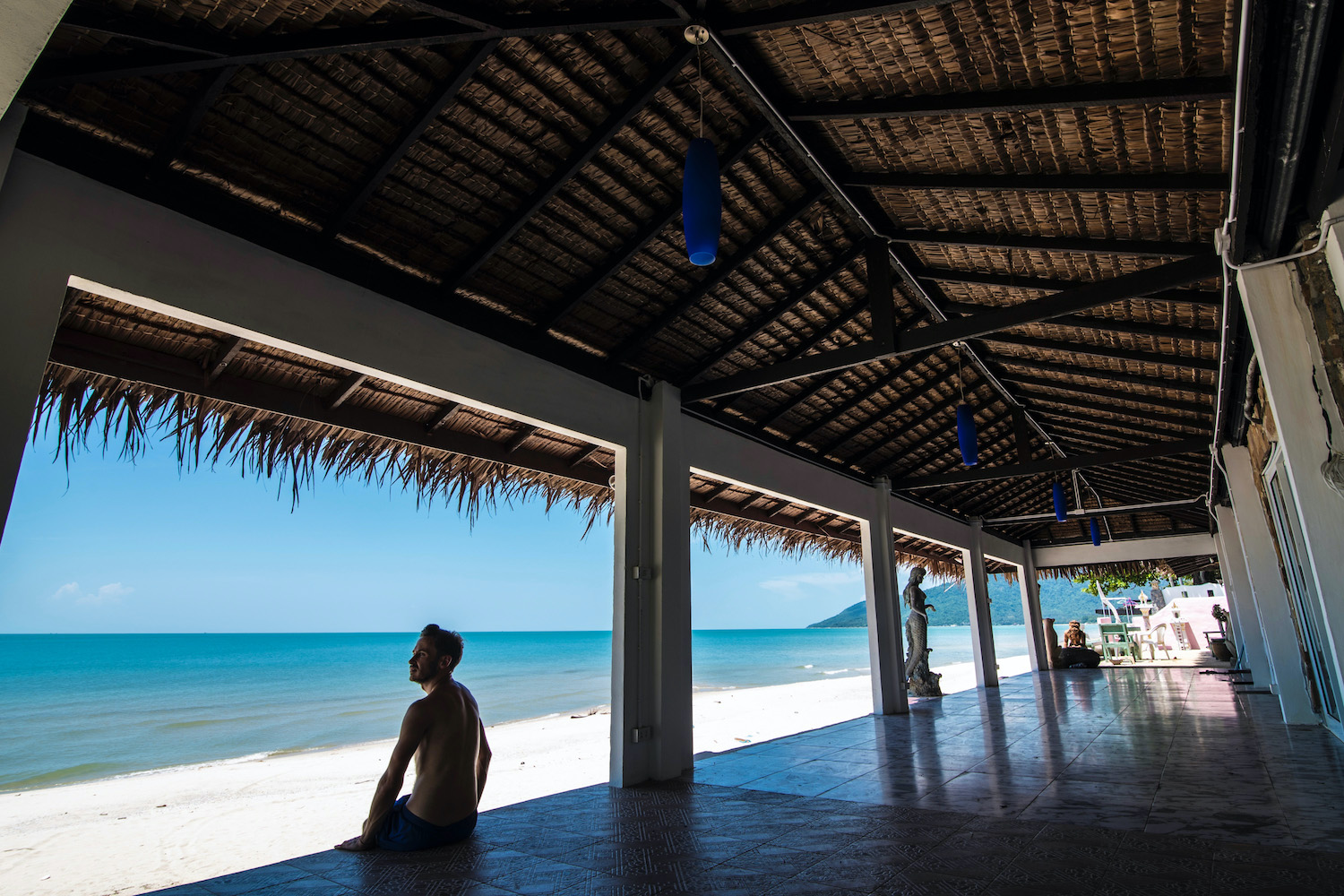 Can You Learn Thai Online?

As is the case with basically every other language in the world, you can of course study Thai online. However, nothing replaces immersion, even an incredible teacher and a fast video link. My current Thai proficiency has at least as much to do with my daily conversation experiments when I lived in Bangkok as it does with what I learned in the classroom.

This is especially the case when it comes to reading and writing the Thai alphabet, which I actually do better than speaking of listening! Reading Thai writing every day allowed me almost to absorb the script through osmosis. On that note, I would like to re-iterate that becoming adept with the Thai alphabet is a huge part of learning Thai (whether you learn Thai Bangkok or online) in the most effective and meaningful way.

Other FAQ About Studying Thai in Thailand

How much does it cost to study Thai in Thailand?

Compared to language courses in other countries, it’s relatively cheap to study Thai in Thailand. When I studied between March 2017 to March 2018, I paid approximately 30,000 Baht (~$1,000) for my year-long course. Note that if you study at a university or have private lessons (as opposed to group lessons at a Thai language school), your price may go up, in some instances substantially.

Is Thai hard to study?

Thai is not a difficult language in some ways. The grammar is very simple; once you get past the seeming difficult of the Thai alphabet, it’s pretty easy and intuitive. On the other hand, Thai is a tonal language, which is generally a pretty difficult concept for non-Asian learners to grasp.

Why are there no spaces in Thai?

Spaces do exist in Thailand, but not between words. Rather, Thai text places spaces between paragraphs or sentences. Native Thai speakers are able to discern where words begin and end without spaces, and for this reason it’s not necessary for written materials in Thai to put spaces between words.

Trust me me when I say that you should take great care when selecting a Thai language school. Whether because of the teachers themselves or other factors, such as the quality of the learning environment and its convenience to your home, all schools in Thailand are definitely not created equal. On the other hand, moving to Thailand is not a prerequisite to learning Thai (in Bangkok or elsewhere). You can study Thai remotely now, particularly is living in Bangkok is on your horizon in the medium- to long-term. Curious about visas for learning Thai? Click here to learn more about Thailand visas, including the ED (education) visa.