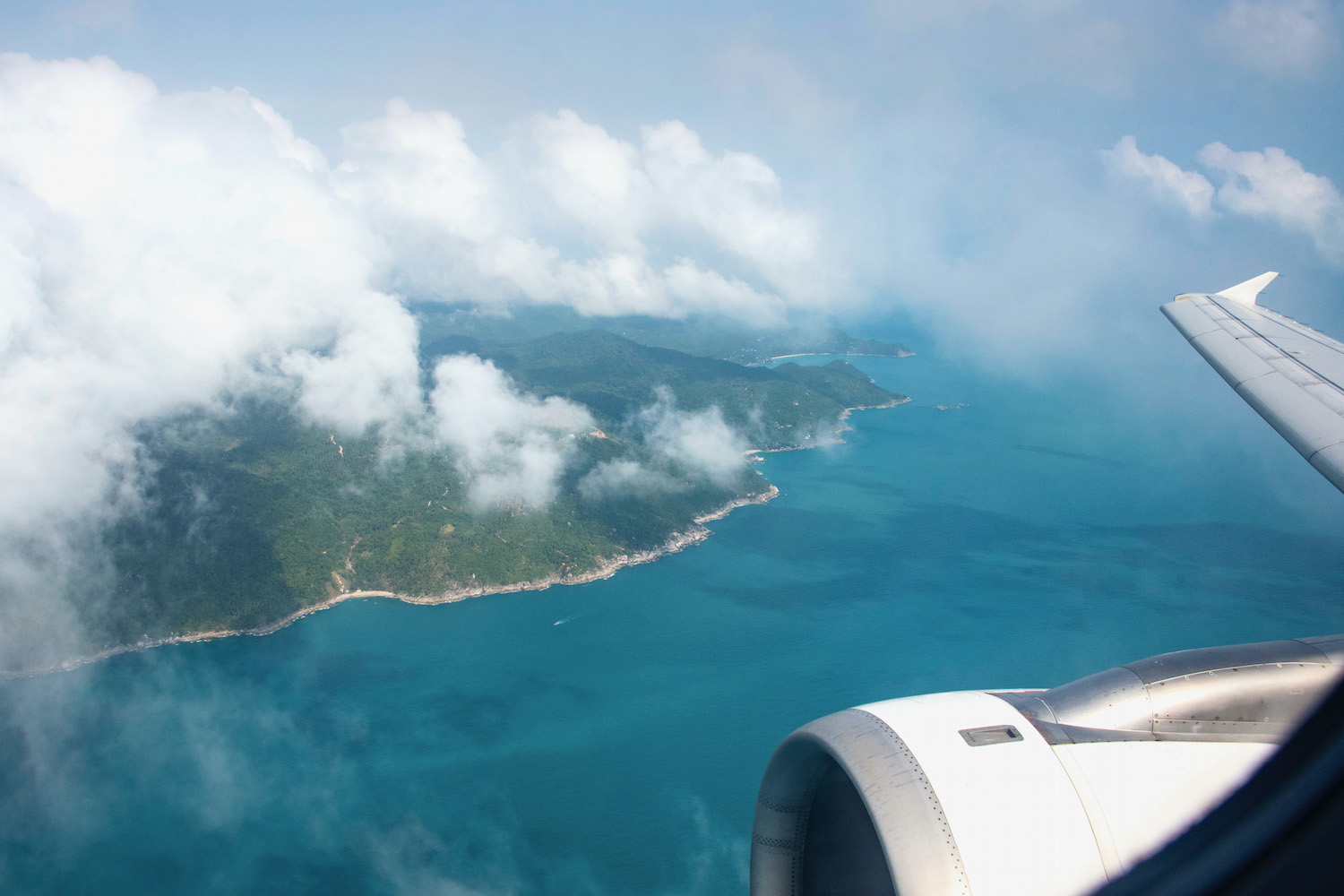 Domestic flights in Thailand are incredibly useful (and extremely plentiful), but flying in the Kingdom is not straightforward, at least not immediately.

Whether you’re searching flights from Bangkok to elsewhere in the country, or want to fly from Krabi or Phuket to Chiang Mai without transferring through the capital, this post is for you. I’ll also given an honest assessment of each Thailand domestic airline.

Then, after addressing some other issues (namely, the best Bangkok airport for each type of traveler) I’ll talk through other options for getting around Thailand. Are you ready for departure?

Taking domestic flights in Thailand isn’t always the best way to get around, but it is if you’re headed to any of these destinations (especially from Bangkok):

For other places to visit in Thailand (namely destinations near major cities—Kanchanaburi from Bangkok, Lampang from Chiang Mai), it may be better to travel by road or rail.

Is Thai Airways a good airline? Well, after coronavirus finishes ravaging the Thai economy, it might not even exist anymore. I’m being facetious—I hope—of course. Thai (and its quasi-low-cost subsidiary Thai Smile) fly to most every destination in Thailand, with full service onboard including meals, drinks, seat selection and baggage allowance included with the (sometimes high) fare.

Another popular carrier for domestic flights in Thailand is Bangkok Airways which, as its name suggests, is hubbed at Suvarnabhumi Airport. There’s a lot of overlap between the destinations of “Asia’s Boutique Airline” and those of many others on this list, but a couple of notable exceptions. Namely, Bangkok Airways is the only carrier that flies to the airports on Kok Samui island and nearby Sukhothai Historical Park.

Both of the carriers I’ve mentioned thus far fly exclusively (in Bangkok) for Suvarnabhumi, Thailand’s largest and newest international airport—not Thai AirAsia, or at least not anymore. I’ll leave the BKK vs DMK debate for another article, but suffice it to say: If you aren’t staying north of Sukhumvit Road, the traffic-filled journey to Don Mueang Airport can this no-frills carrier a no-go.

When it comes to domestic flights in Thailand, there’s not a lot of daylight between Thai Lion Air and other low-cost carriers like Thai AirAsia and Nok Air, neither in terms of price nor in terms of onboard service and amenities. Likewise, Thai Lion Air’s Bangkok flights depart exclusively from Don Mueang, which might influence your decision. On a minor note, I’ve found that Thai Lion’s website and mobile app are rather buggy indeed.

Round up the trio of low-cost airlines in Thailand is Nok Air, whose planes are noteworthy for having beaks (painted on, of course—these are not physical structures). Once again, there’s very little difference between Nok and AirAsia or Thai Lion, as all fly from Don Mueang and offer basic (if not completely spartan) onboard experiences. Decide by price and schedule, assuming all else is equal.

Alternatives to Flying in Thailand

In certain situations, it might not be ideal or even possible to fly to your destination. For example, while trains in Thailand run from Bangkok to Kanchanaburi, a lush province west of the capital, no airport exists there. Likewise, land transport is the only reliable to travel between Bangkok and Pattaya; if you want to travel from Chumphon or Surat Thani to Koh Samui or Koh Tao, a boat is your only option.

In general, I use what I call the “five hour rule”—if you’d have to drive or take a train more than five hours, but flying is possible, domestic flights in Thailand are your best option. (Even this, however, is not hard and fast. There’s something to be said about certain train journeys in Thailand, such as traveling overnight between Bangkok and Chiang Mai, or Nong Khai at the border with Laos.)

Plan Your Trip to Thailand

Whether because of confusion about domestic flights, or because just can’t decide on destinations, hammering out a Thailand itinerary can be tedious, to say the least. For some travelers, even knowing how long to spend in the Kingdom can be confusing—while many can cover an adequate amount of ground with two weeks in Thailand, this only scratches the surface for others.

One way to take the guesswork out of it? Hire me as your Thailand trip planner—and let me sweat the details for you!

Do you have a deeper understanding of domestic flights in Thailand now? From differences (and similarities) between full-service and low-cost carriers, to understanding which Bangkok airport makes more sense for your situation, minding the details of flying domestically within Thailand can greatly improve (or, if you neglect them, worsen) your trip. Of course, you don’t have to worry about that (neglecting the details of Thailand domestic flights, this is), now, do you?

Home » The Ultimate Guide to Domestic Flights in Thailand