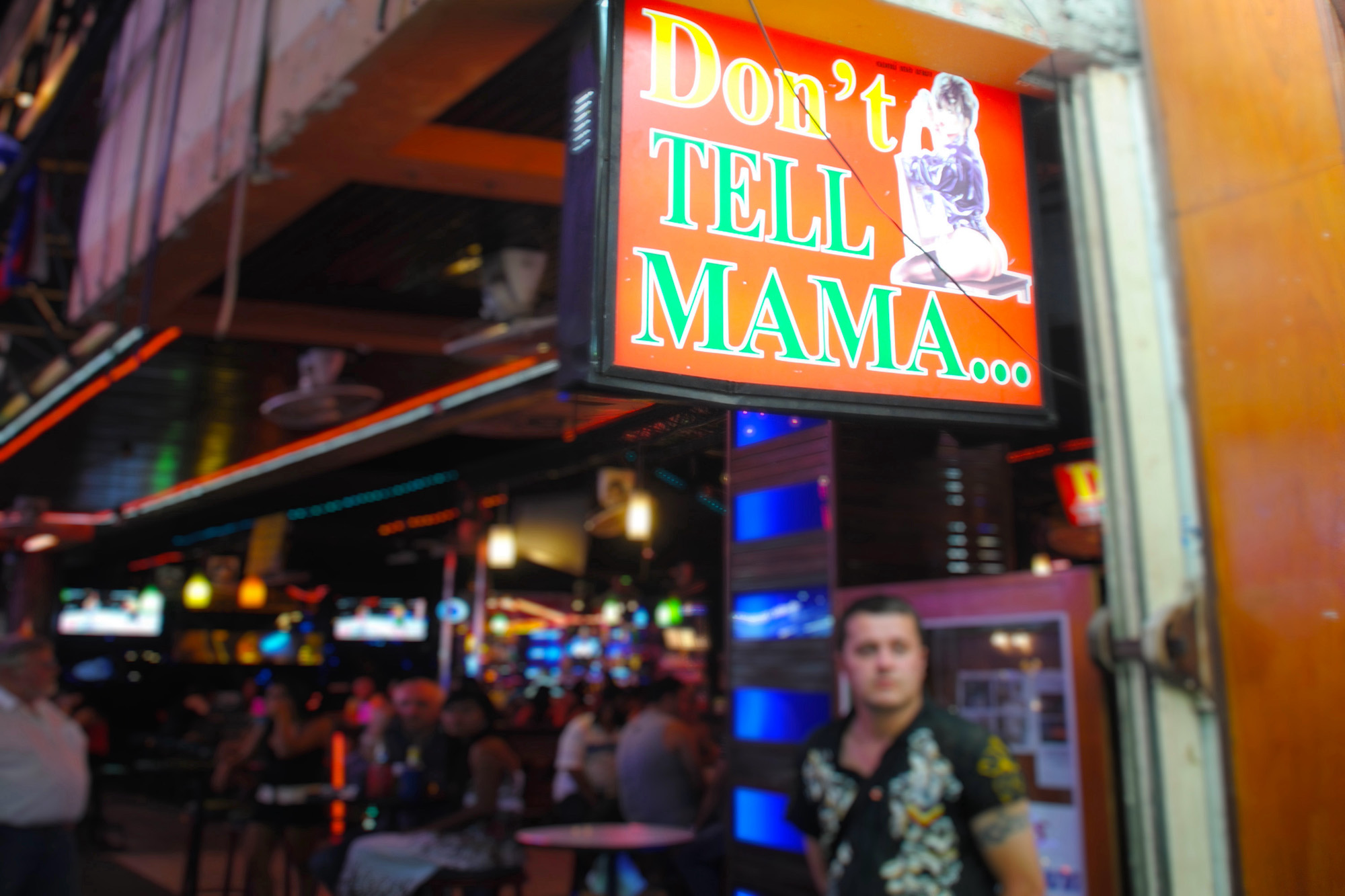 Everyone has something to say about sex tourism in Thailand—but few know what they are talking about.

I certainly do (know what I’m talking about, this is), having lived in Bangkok for more than two years on several occasions, and witnessed first-hand the ubiquitousness of the sex industry there. It’s something I never got used to—and, if I’m honest that I never really made peace with.

Which is not to say that this post is meant to scold, or comes from a place to puritanism. However, I do think it’s important to be frank about the realities of Thailand’s seedy belly, which is anything for a holiday for many of the people made to participate in it.

Need help planning your trip to Thailand? Commission a custom Thailand itinerary!
Contents
1  Living in Thailand Changed My Views on Sex Tourism
2  5 Uncomfortable Truths About Thailand’s Sex Tourism Industry
2.1  Prostitution and human trafficking often overlap
2.2  Outright p*doph*lia is rare
2.3  But it does exist
2.4  Thailand Sex tourism isn’t confined to Pattaya
2.5  Participation is validation
3  Will Thailand’s Sex Industry Survive Covid-19?
4  Other FAQ About Thailand Sex Tourism 2021
4.1  What is Pattaya best known for?
4.2  How much does it cost to marry a Thai girl?
4.3  How do you know if a Thai girl loves you?
5  The Bottom Line

Living in Thailand Changed My Views on Sex Tourism

Although I never deliberately participated in sex tourism in Thailand, I experienced it (in the one one “experiences” second-hand smoke, this is) almost every day. When I headed out in the morning to take the BTS SkyTrain, for example, I’d often pass through Silom Complex en route to Sala Daeng station, as I enjoyed the air-conditioning. I did not particularly enjoy the gaggle of 70- and 80-something men festering on all floors of the mall.

During my first year of so living in Bangkok, I was mostly able to ignore these men, even the ones whose eyes wandered to me in the absence of young Thai men and women for them to ogle. However, when I began to see sex tourists in my own soi (often with local people decades their junior following them like puppies) or even in the elevator of my own building, the proximity became far too close for comfort.

A few years ago, on a flight to Phuket, a couple of young Indian guys were giddy when they told me about what they’d been up to along Soi Nana in Bangkok. “We ordered girls from a menu,” they laughed, “as if they were pizza or hot dogs.” I didn’t scold them for comparing human beings to food, but I did remind them than many women who work as prostitutes in Thailand are forced into it; even those who enter the profession semi-willingly are rarely remunerated in full for the services they perform.

Prostitution in Thailand is a loaded topic of discussion for more reasons than I can address in this post. Thankfully, while many young women, men and ladyboys sell their bodies for sex in Thailand, it is thankfully rare these days that people below the age of majority participate. However, if you decide to hire a prostitute and are suspicious she might not be of age, I urge you to err on the side of caution. Would you really want p*doph*lia on your conscience?

But it does exist

This isn’t to say it doesn’t happen—I’ve heard horror stories in my various Facebook expat groups. I saw one extremely horrifying CCTV video that haunts me to this day. It depicted an obese Western man walking out into a field with a group of extremely young children, as if he were going to play a game with them. I won’t go into detail about what actually transpired, but needless to say it was one of the most awful things I’ve ever seen.

Whether or not you want to meet ladyboys in Thailand, Pattaya isn’t your only option. I mentioned Sois Cowboy and Nana earlier, but other locales within the Thai capital are rife with sex tourists. For heterosexual men this can include Patpong Night Market and Khao San Road, while the activities of gay men tend to center on outdoor bars along Silom Soi 4 just opposite Sala Daeng Station.

No matter what you think of Thailand’s sex tourism industry, and whatever misgivings you have about it, remember that actions always speak louder than words. Whether you have sex with a prostitute, visit a go-go far or take even more extremely steps, all of these things implicitly endorse Thai sex tourism, and perpetuate its continuation. We all have our own free will and I won’t tell you what to do, of course, but you should be aware of what your choices mean.

No matter your feelings on sex in Thailand, one thing is for certain: It depends almost entirely on the inflow of foreigners to survive. While Thailand’s loosened its border controls in the waning days of 2020, the quarantine requirement that remains as of early 2021 has made coming to the Kingdom unappealing for even the most ardent sex tourists; as a result, the go-go bars of Pattaya and Bangkok’s Soi Cowboy largely sit empty.

Indeed, in order to speak credibly about the future of sex tourism in Thailand, we first need to postulate when the tourism industry as a whole will recover. As of February 2021, this is unclear. While certain government officials have floated the idea of allowing vaccinated foreigners to enter without having to quarantine, this will still result in only 30-40% of 2019 visitor numbers for 2021, even in the best case.

Other FAQ About Thailand Sex Tourism 2021

What is Pattaya best known for?

For many decades, Pattaya was primarily known for its vibrant sex industry, for Westerners seeking women, men and even ladyboys. While various nodes of the Thai government have attempted to augment Pattaya’s reputation to include business events and even family holidays, the most vocal plurality of tourists comes to Thailand’s “Sin City” for a sex holiday in Thailand.

How much does it cost to marry a Thai girl?

Thai women are not “for sale” (at least not for marriage) in the way, for example, that Russian mail-order brides of yesteryear were. As a result, there is no fixed cost for marrying a Thai girl. The best way to get an idea of how much your relationship is going to cost you is to pay close attention to how much you spend on dates and other outings, particularly once you meet her family (which I definitely recommend you do prior to proposing).

How do you know if a Thai girl loves you?

If you’ve met a Thai girl in a go-go bar or via prostitution, the reality is that you may never know if she truly loves you. Given that your courtship was transactional, it’s likely that your relationship will proceed in the same way. As a general rule, I would encourage you to make peace with the possibility that your Thai girlfriend (or, later, wife) may never really love you, at least not in the way you want, need or expect.

I realize the assessment of sex tourism in Thailand I present in this post might come across as harsh, and I apologize for that. At the same time, my experience living in the Kingdom allowed me—forced me, really—to see that even if Thailand’s most infamous industry isn’t tantamount to a crime, it also isn’t victimless. I would encourage anyone reading this to be very mindful of who you meet and what you do in Thailand. First and foremost, don’t meet anyone underage; if you pay to have sex with someone, consider for a moment where the money is actually going. Above all, knowledge is power, so I hope you’ll read about this topic extensively, and from all angles, while we wait for Thailand’s borders to fully-open, and whether or not you plan a sex trip to Thailand.